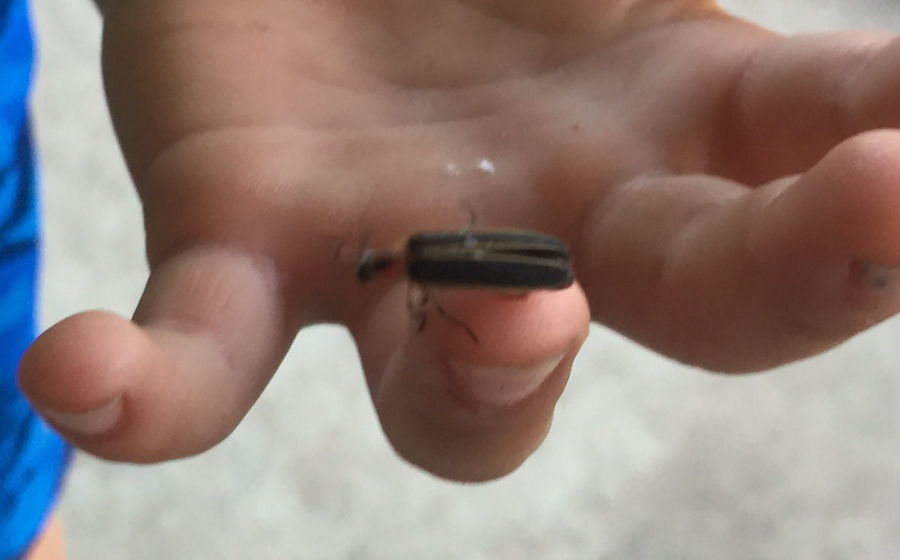 He rises early, about two cups of coffee after me, trying to sneak into my office but the guns, blankets and other necessary props he selects along before moving to the stairs falling, crashing and excited tails of beasts hitting the walls alert me that my quiet time is over. I keep working as if I have heard nothing, holding on to the last moments before breakfast and transformers and endless chatter propel me into grandma time. His sleepy body finds me, edges closer until he is on my lap, scooting my chair way from the desk the computer all the things that separate him from me. Wrapped in a blanket, he snuggles for a moment as I breathe in the scent of his dreams and he cranes to read the words on my laptop. My tiny office now filled with two large dogs and a boy who is moving every day away from the baby who once only filled my arms.

The first day of summer, the longest day of the year, was truly too long for him. Battling his inner clock, he wants to stay up as late as the other kids he hears playing while he takes a bath, while we are reading another chapter of Harry Potter, while he drifts of to sleep. Those children are no where to be found in those early hours each morning after he wakes, he listens instead to the birds as we refill the feeders and seek out the names of each one that flies through our trees. He collects mulberries from the tree beside the house, purple stained hands evidence of his snacking between meals. I am his early morning playmate, while the others sleep. But last night I let him stay up to catch the fireflies, the bugs of summer he has been anticipating like the last day of school.

We noticed them at least two hours before dusk, before they began to light up as they flew around the low branches and under the bushes. Rejoicing, I thought our early bedtime was secured, I watched as he caught and released, only after a chat with each one. He thanked the bug for letting him catch it, he promised to be gentle, he sent it back out into the wilderness. But even with all of his kindness, they didn’t light up. We found popsicles, a large old blanket for the porch, we began to read our nightly chapter, we discovered with Harry a mirror that shows your deepest desires. I knew mine at that moment was a child in bed, a glass of wine and another chapter to read in my own book. His was finding the ability to stay awake just awhile longer.

Those other kids, the one who stay up until the sky begins to darken, rode bikes to our yard, bringing their noise and energy and disrupting our snuggling. His swagger was back, he stopped cuddling with me, fueled by sugared icy treats, his goal to find the lightening bugs was restored. Soon the jar was filled as the bugs gave into nature, an entire family of bugs glowing within sweaty hands and crawling away only to be nabbed again by children who named them all “Carl.” Catch 10 more Carls, I said, and then we are going in for the night. Children who can read and add and ride their own bikes no longer can count to 10, another 30 minutes before we reach the magic number as I lazily watch them race across the yard, jump to get the ones just out of reach, all using the last bit of energy of spring to usher in summer.

Our longest day is over, he is sleeping late today. More and more I know he will learn to sleep in and care not to snuggle with me in the early morns. Grandmas know how quickly one moves from catching fireflies to lighting up our own nights, from rising early  and grabbing toys along the way to sleeping until noon and secreting away our most prized treasures. The seasons come whether we celebrate them or even notice. Timing is everything. As he sneaks down the stairs carrying leftover visions from sleep and the beginning ideas of adventures for the day, I type one more sentence and thank God for the interruption, the true desire of my heart, this child who still climbs onto my lap.